From film to digital.

A cyclo driver, a common sight on the streets of Cambodia. This image was taken on the streets of Phnom Penh, the capital of, and largest city in Cambodia in late August, 2004. The image was captured using a Pentax SF7 35 mm film camera with a 28-80 mm zoom lens fitted. The film used was Fujicolor Press ISO 800 colour negative, shutter speed and lens aperture were not recorded. 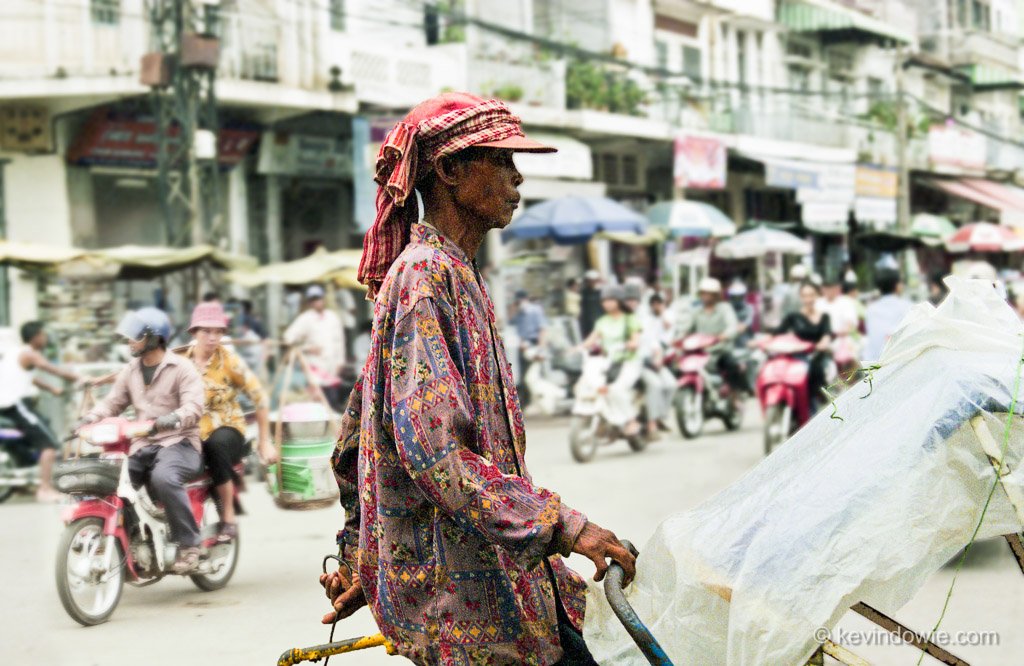 Why use 800 ISO film for a subject outdoors in the middle of the day? Well simply because that was what was in the camera at the time. When shooting film I was in the habit of using ISO 800 in dimly lit situations where possible and ISO 100 or 200 in brighter conditions. The problem with 35mm film was that it wasn't really practical to change film mid-roll unless of course you were prepared to sacrifice half the roll.

How much simpler and more flexible it is now with digital cameras where you can change your ISO setting on the fly as desired. The other advantage with digital is that at ISO 800, or even higher, there is very little loss of detail due to noise, the modern equivalent to film grain. Whereas with film, ISO 800 was probably at the limit of what was acceptable in regards to grain.

This image was one of two that I took at the same location just a few seconds apart with the same camera settings. Prior to the digital age, I considered the shot a "near miss" because of a distracting motor vehicle that had entered the frame behind the main subject (see Image 1 below). 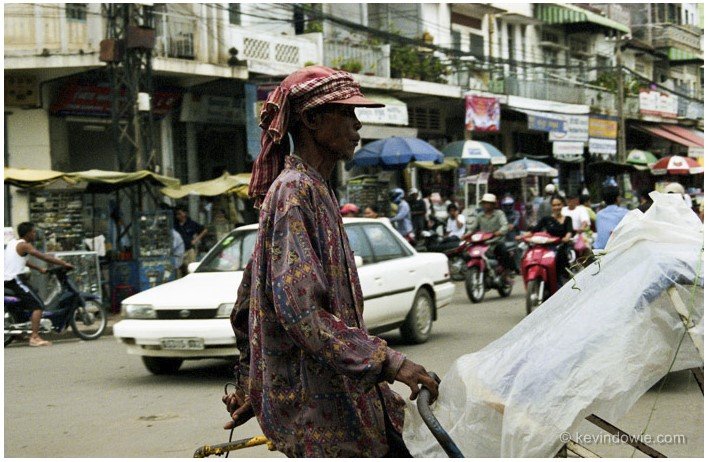 The second shot didn't have the cyclo driver in it but had other traffic passing by (see Image 2 below). 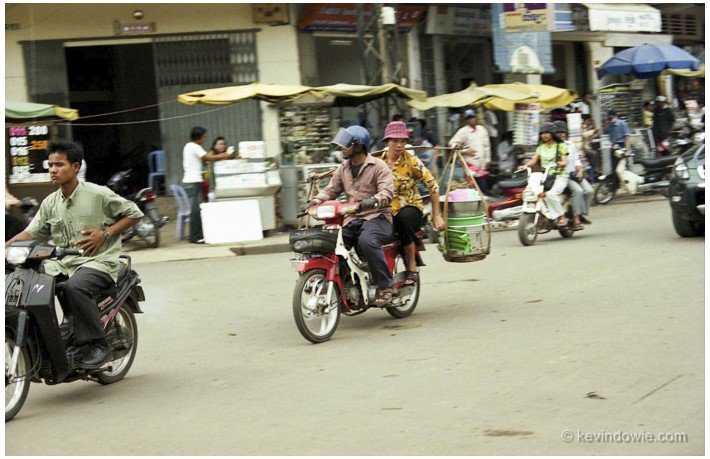 Having scanned both negatives into the computer, I went into Photoshop and removed the distracting vehicle, replacing it with what I considered less distracting elements from the second image. The image is in effect a composite but realistic depiction of the location and the people present.

This raises an interesting ethical dilemma. Should an image be manipulated in this way, or should it simply be presented as is with its perceived faults evident (or consigned to the rubbish bin!). Some people would take the view that there should be no manipulation at all and that the "integrity" of the image be preserved. At the other extreme are those that would depict camels walking across Antarctica, or pigs with wings. For my own images, I'm happy to treat each one on what I consider to be its merits, if I believe the image can stand on its own I'll let it. On the other hand, if I believe that a particular image can benefit from digital enhancement then I'll use that.

Numerous choices need to be made when creating an image, what camera angle am I going to adopt, what lens will I use, what shutter speed will I use, will I present or print it in colour or black and white? Digital processing/manipulation becomes one more link in that chain.

In the end, I think it comes down to presenting the image honestly. I could present the image without explanation and allow the viewer to assume it was an "unprocessed" strictly "documentary" shot, or I could do what I have and openly acknowledge the process involved. ~KD.