An update to the progress of Melbourne's CBD Peregrine falcons. I've found it fascinating to check in on the live webcam and see the daily development of the four chicks as they go from tiny down covered hatchlings huddled under one of the parents, to now being too large to allow for the adult to brood over. (I assume that's the correct terminology) 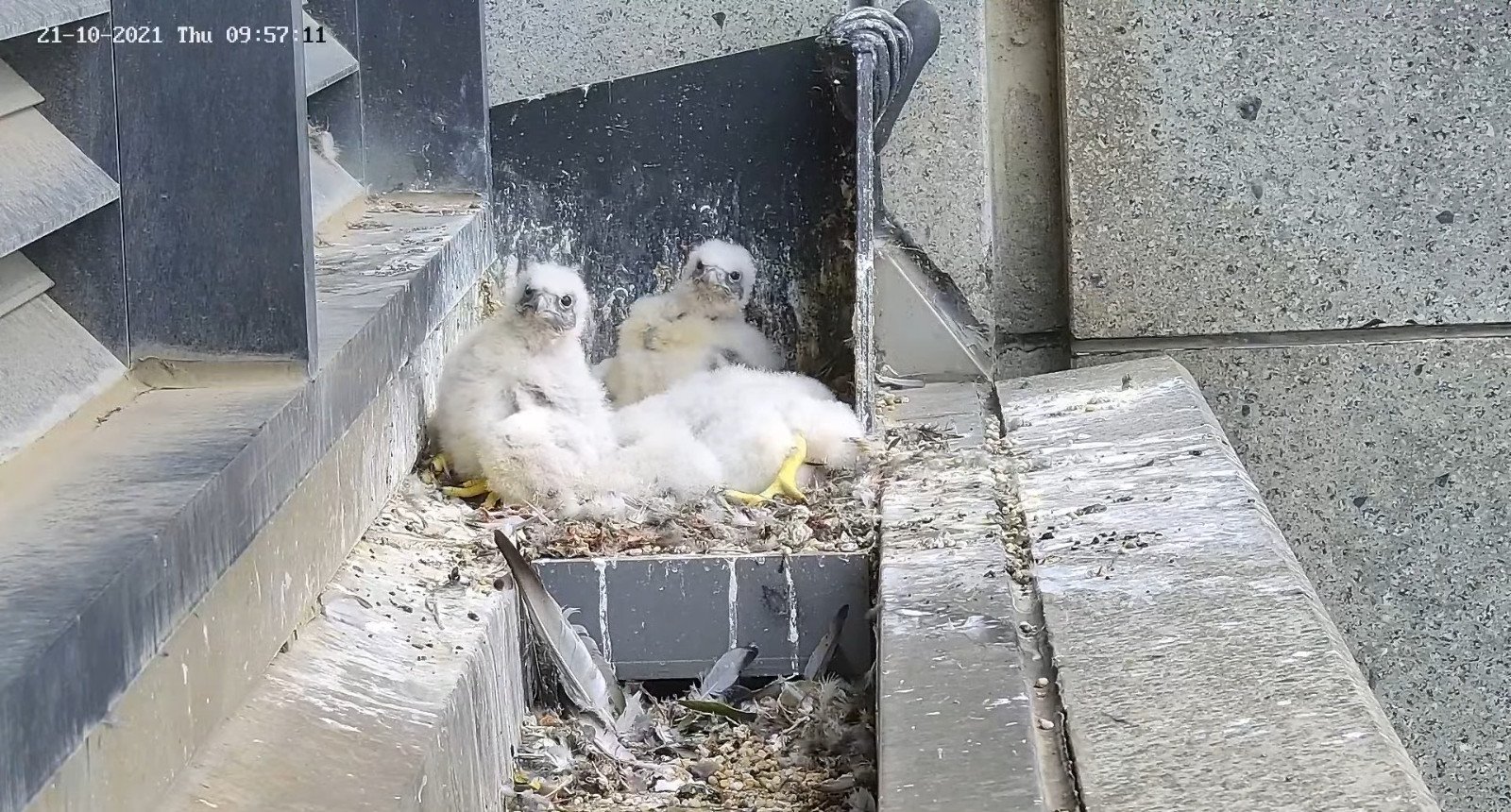 Happily, to this point, all four chicks appear to be thriving with their flight feathers starting to show through the down feathers. Looking at the timing of previous seasons, it seems likely the chicks will be ready to take flight from the nest in another 3 to 4 weeks. Probably during the period 11th to 16th November given that hatching occurred on or around the 30th September and studies show that fledging typically occurs 42 to 46 days post-hatching.

Clicking around on the internet you see a lot of rubbish but occasionally something worthwhile as well. I recently discovered a Mexican photographer Lou Peralta who I think is well worth a visit. Having spent 30 plus years as a portrait photographer, in 2017, she took her art in a different, and anything but conventional, direction, incorporating her photos into mixed media works using string, ribbons, chicken wire and other materials. Interesting stuff, recommended. ~KD.