Like many, I've been following with interest the progress of this years clutch of Peregrine Falcon chicks on the Mirvac tower at Collins Street in Melbourne's central business district. As seen on the live webcam four chicks were hatched at the end of September with three of the chicks now fledged. Sadly as of 12th November the fourth chick is now dead. Watching over recent days it was clear that this chick wasn't progressing as well as its elder siblings, it's understood the chick may well have died as a result of a Trichomoniasis infection.

Trichomoniasis can affect many bird species including domesticated species, such as canaries and pigeons, and wild bird populations including raptors. The disease, also known as “mofletones” or “swollen eye disease”, is caused by the protozoan Trichomonas gallinae which can be transmitted by direct contact or by eating food contaminated with the protozoan. Treatment of the disease with medication is straightforward in domestic birds but impractical in wild species such as falcons.

Like many species, the early weeks and months are the most perilous with survival rates through the first year of life estimated to be 40%. For those that survive to adulthood, a typical lifespan in the wild is 13 years with some individuals recorded living to 20 years. 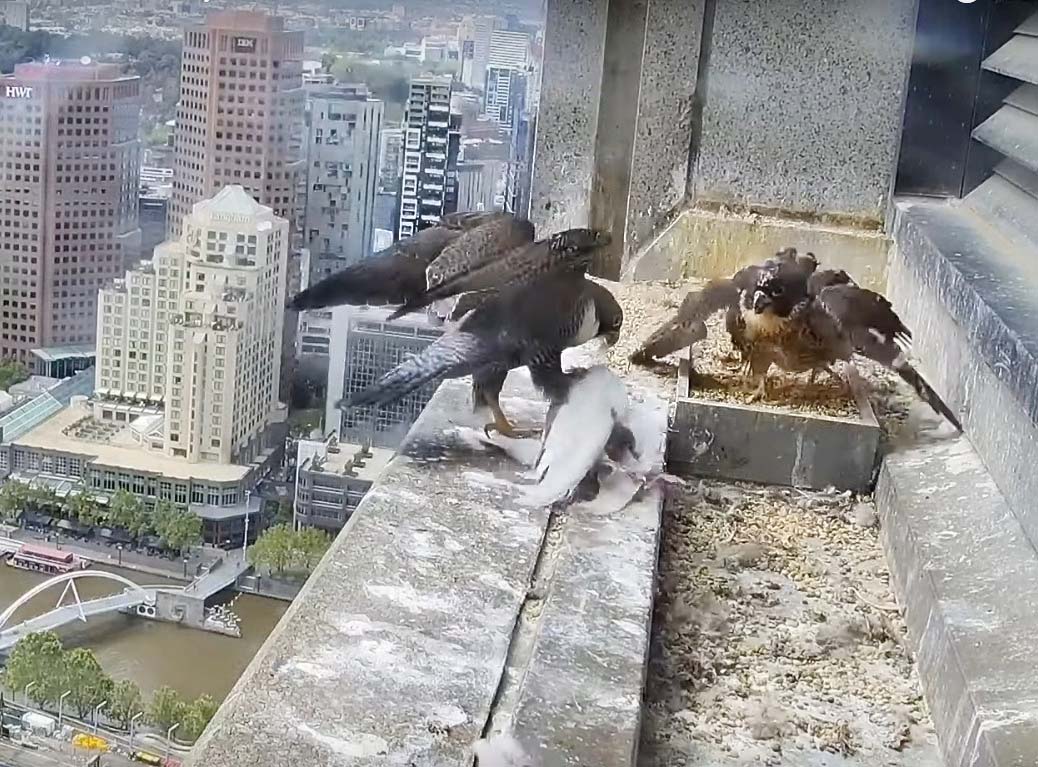 (Apologies for the poor image quality, it is a screen capture from a webcam)

Given that all four eggs laid hatched with 3 of the 4 chicks fledging, we can cautiously view this as a successful season. Once fledged, the juveniles remain largely dependant on the parents for the first two months before becoming fully independent. Given the need for these birds to maintain a fairly large range, it's likely the young will disperse once independent. ~KD.