Let’s start this post by getting the confusing stuff out of the way first!   Blue-eyed Shag, Blue-eyed Cormorant, King Shag, King Cormorant, Imperial Shag, Imperial Cormorant,  six names,  commonly interchanged, all to identify the same species and that’s without going into the zoological naming conventions.   Phew,  confused yet? Whatever name you choose (I’ll stick with Blue-eyed Shag to try and be consistent) there is no doubt that this is a beautiful species and I spent a good deal of time photographing them recently in both the Falkland Islands and then South Georgia.

One of our most thrilling encounters was during a stay on Bleaker Island in the Falklands.   Bleaker,  like a number of the Falklands,  is privately owned with only a couple of families as permanent residents.   The owners run both cattle and sheep on the island but with some common sense controls (fencing, etc) to minimize the impact on the nesting areas of several bird species.

Upon arrival on the island and being transported to our lodgings (which were very comfortable) the owner pointed out an open field with numerous old raised mud nests and advised that we could expect to see the shags fly in,  in good numbers at about 5.00 p.m.    At about 4.50 p.m. we returned to the location,  without a shag to be seen,  it looked like this was a plan that wasn’t going to work out for us,  disappointing.    Shortly after however, we noticed a small flock of shags circling in the distance.    Then the flock decided it was time,  and safe to land,  wheeled around and started landing as promised!

Over the next hour or two steadily increasing numbers of birds landed right in front of us.    Watching (and photographing) the birds as they landed kept us busy.   The shags came in on a fairly predictable flight path,  sweeping in from our right and then banking left to land into the wind.   As they approached the gathering colony, they would splay wings and webbed feet to increase wind resistance,  slow down for touch down.    They are quite the aerialists!

The birds were largely unconcerned by the presence of our small group (there were only 4 of us) and eventually, the colony landed all around us. 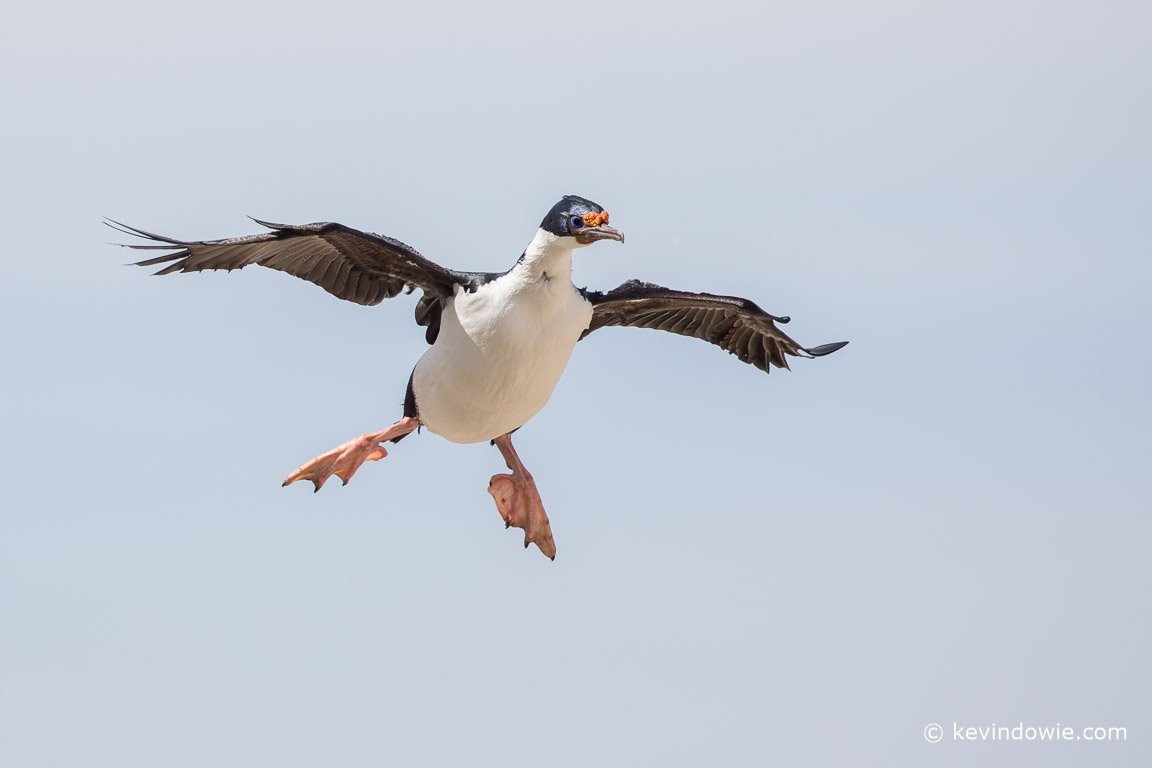 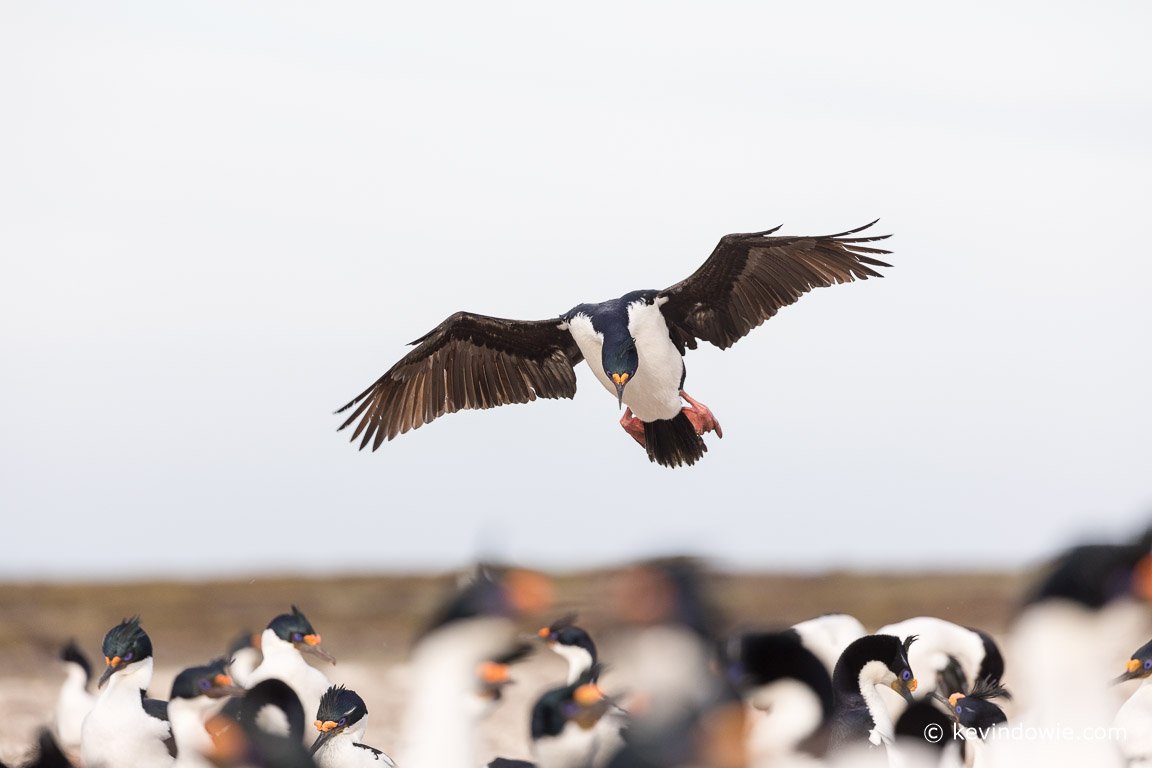 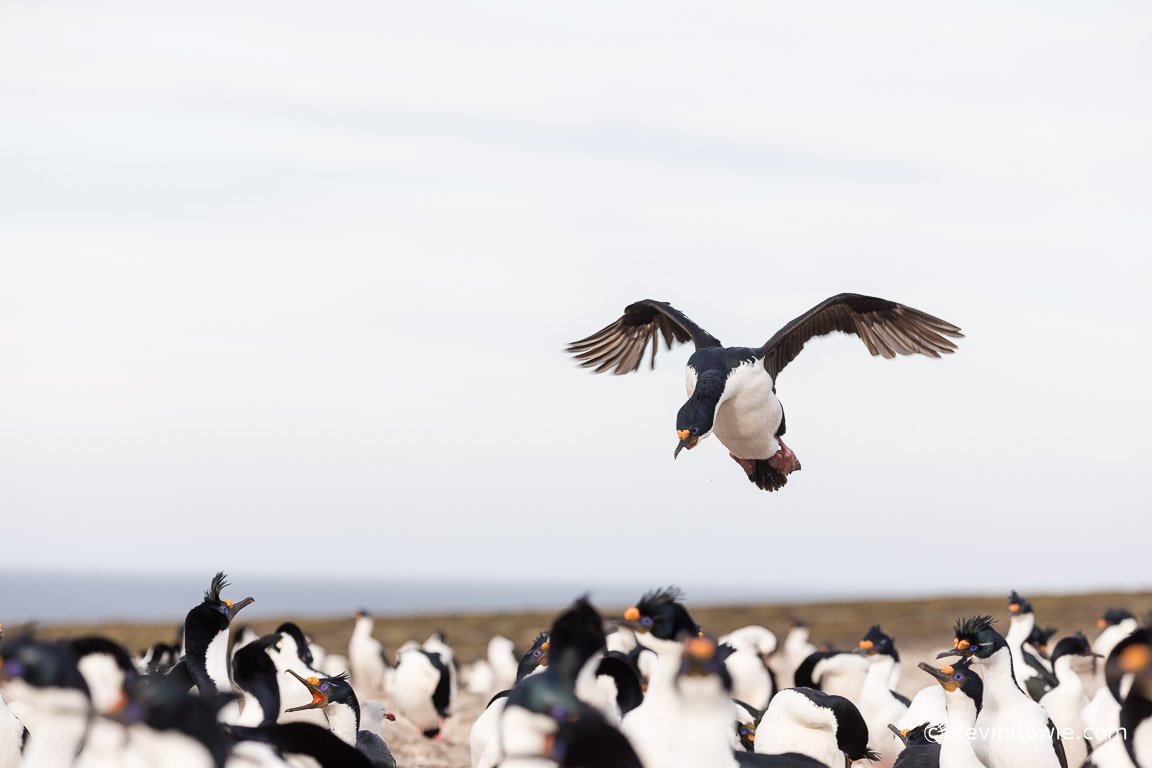 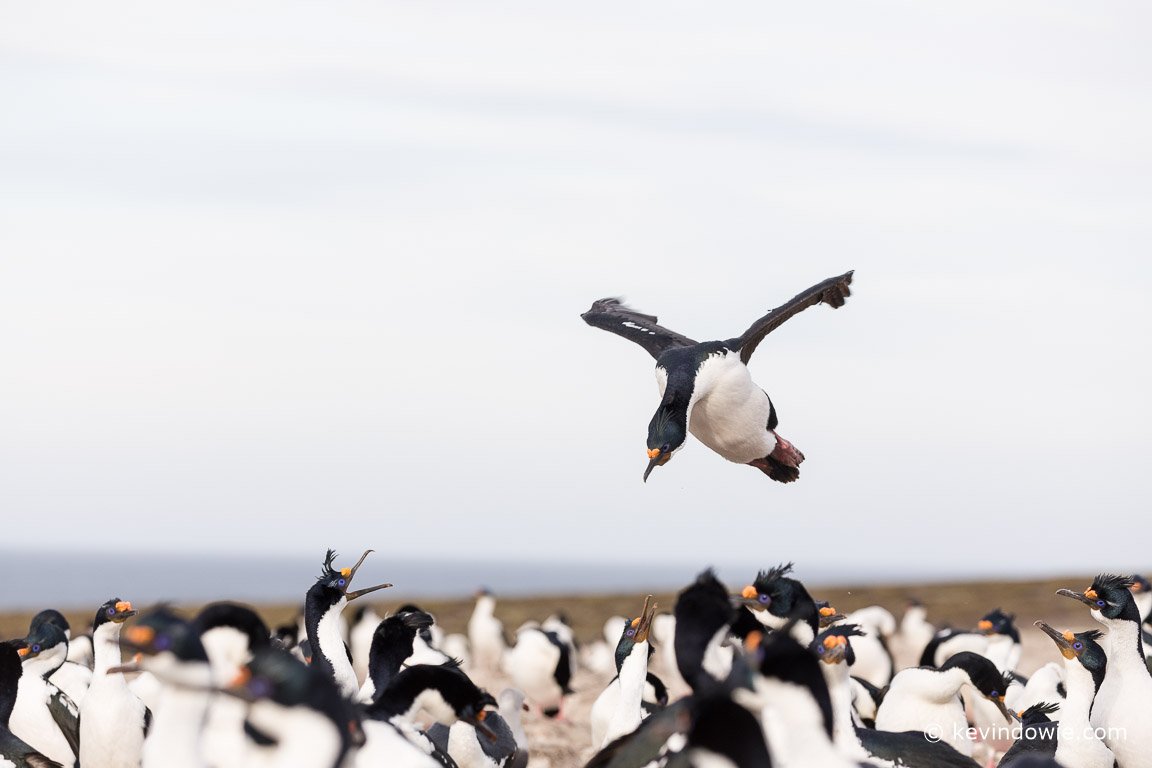 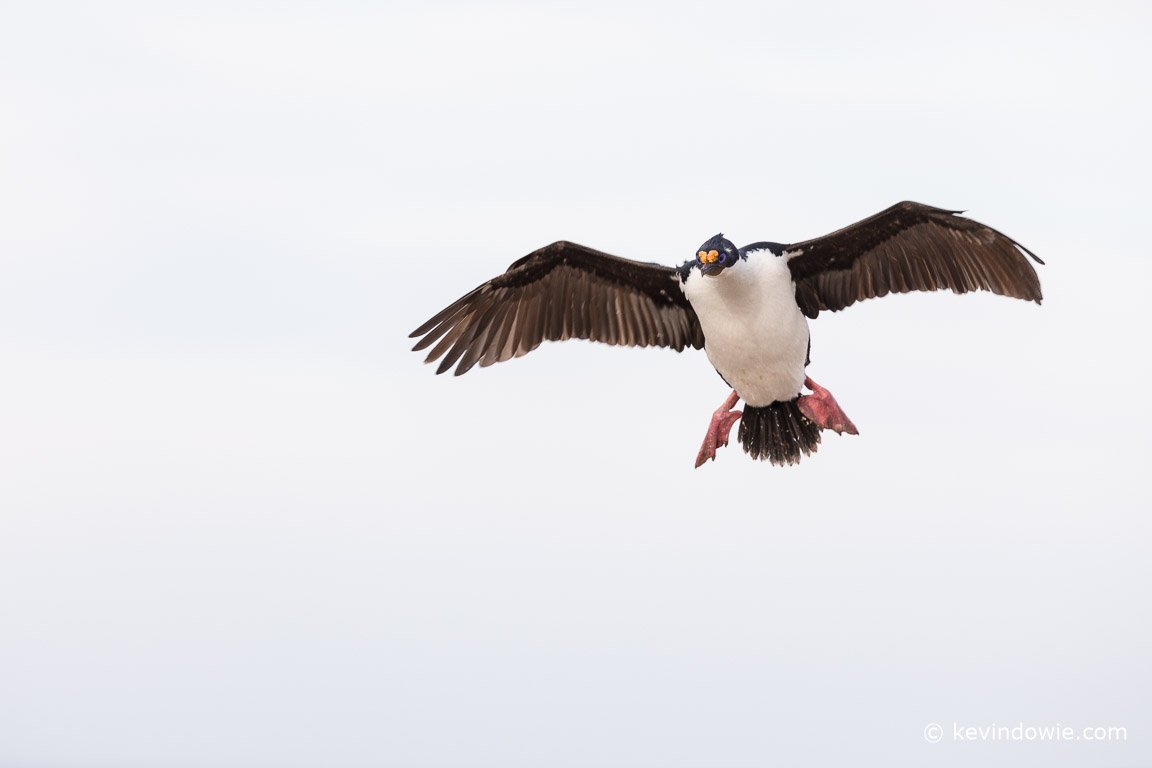 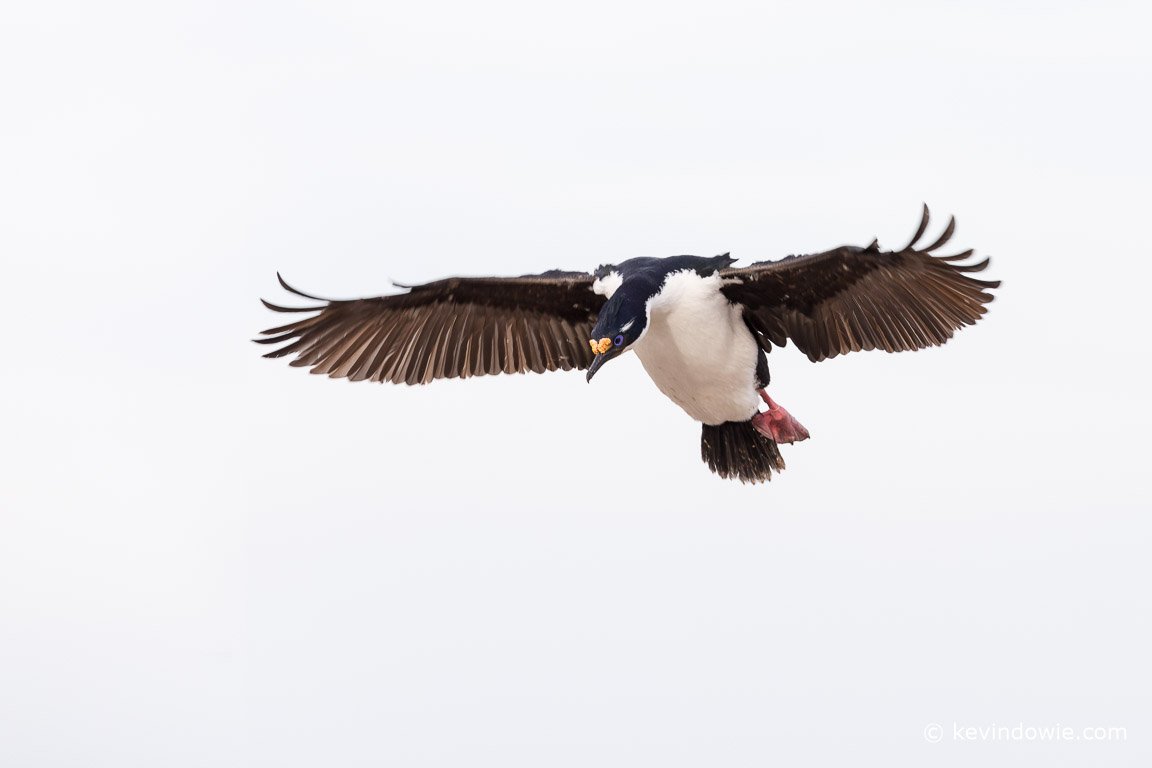 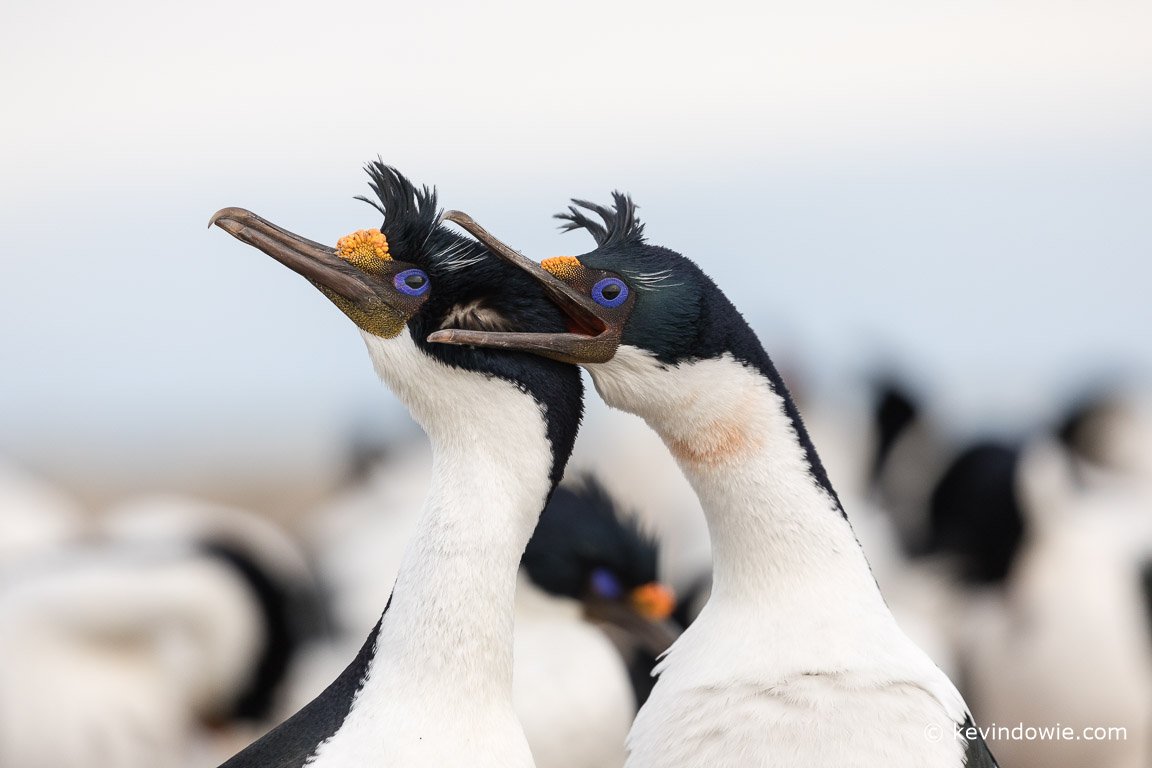 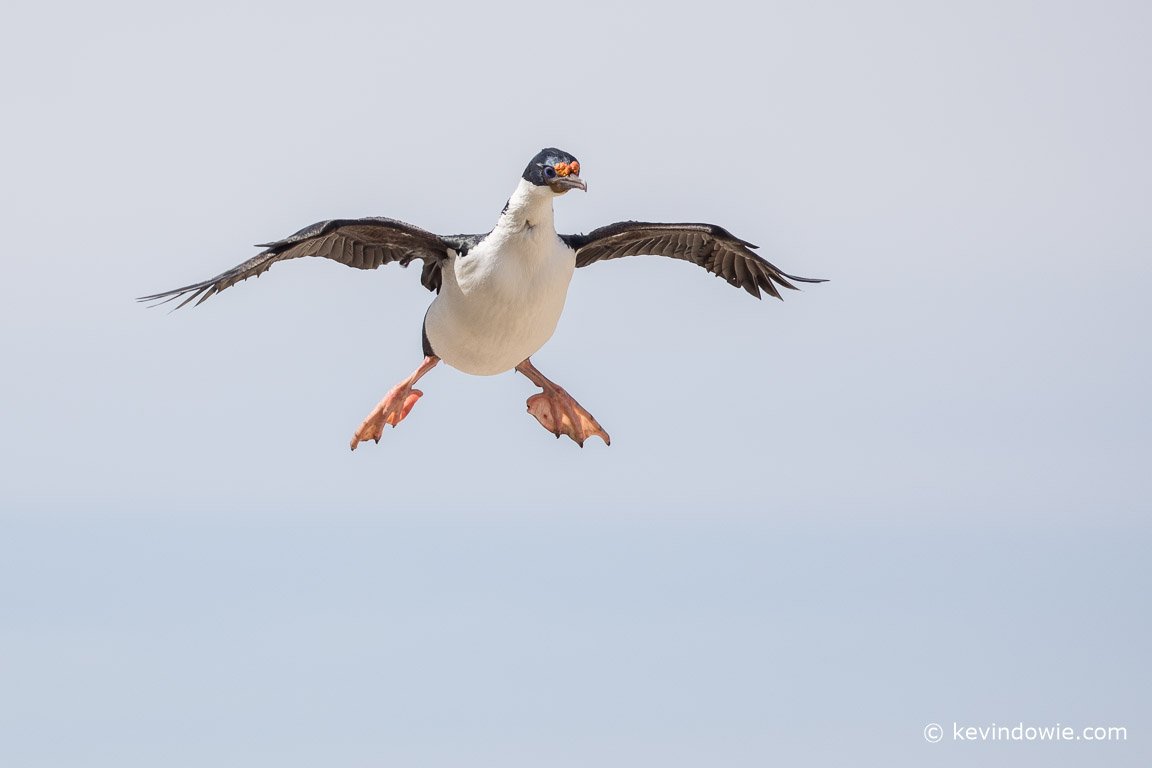 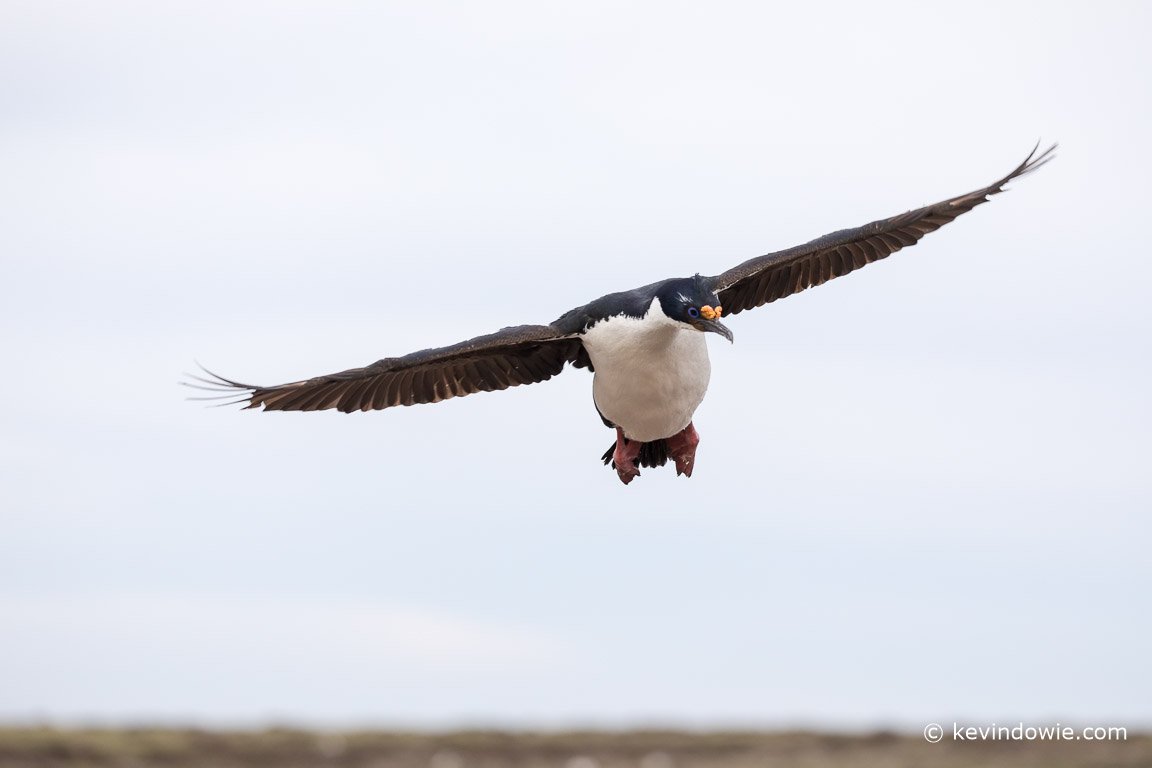 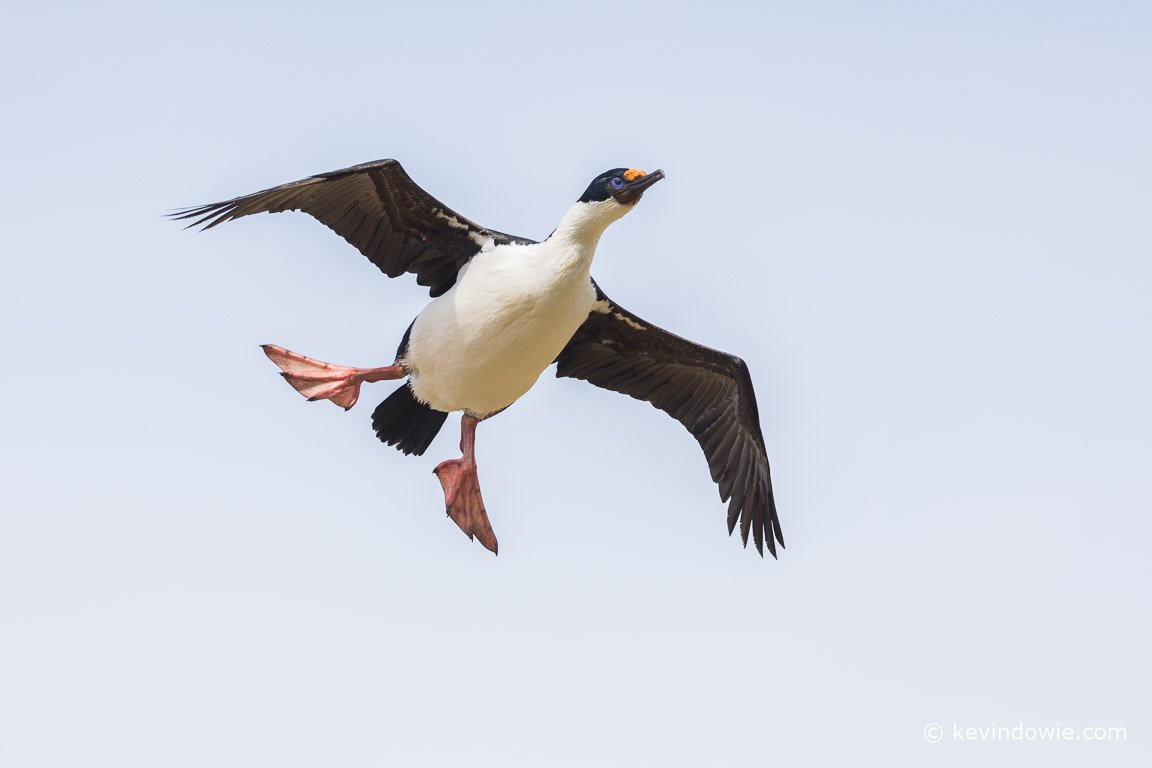 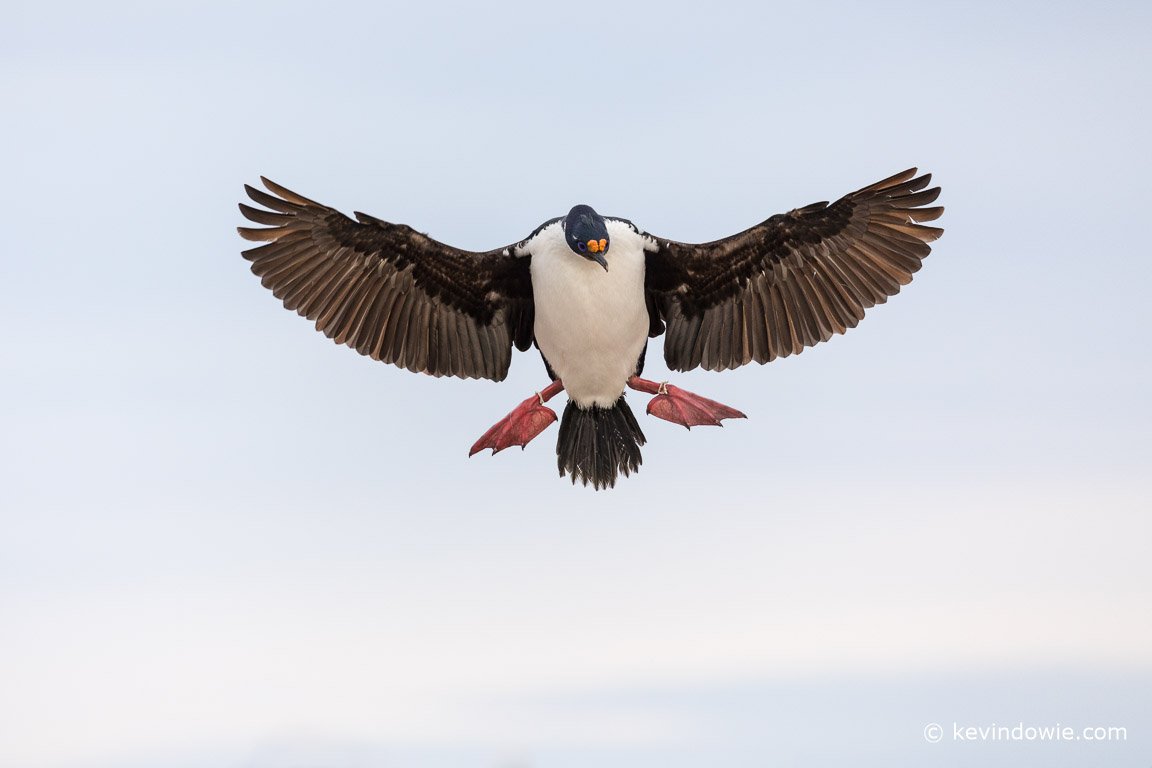 It’s difficult to estimate the total number of birds in this colony but many hundreds, perhaps a thousand.   We had several further chances to photograph these amazing creatures,  I’ll present further images in due course.   ~KD