I recently completed a trip through Papua and West Papua Provinces in Indonesia where I had the opportunity (and challenge) to photograph a myriad of macro subjects. Being a relative novice to macro, there were plenty of misses but one or two pleasing hits as well! I’ll publish further in the near future. 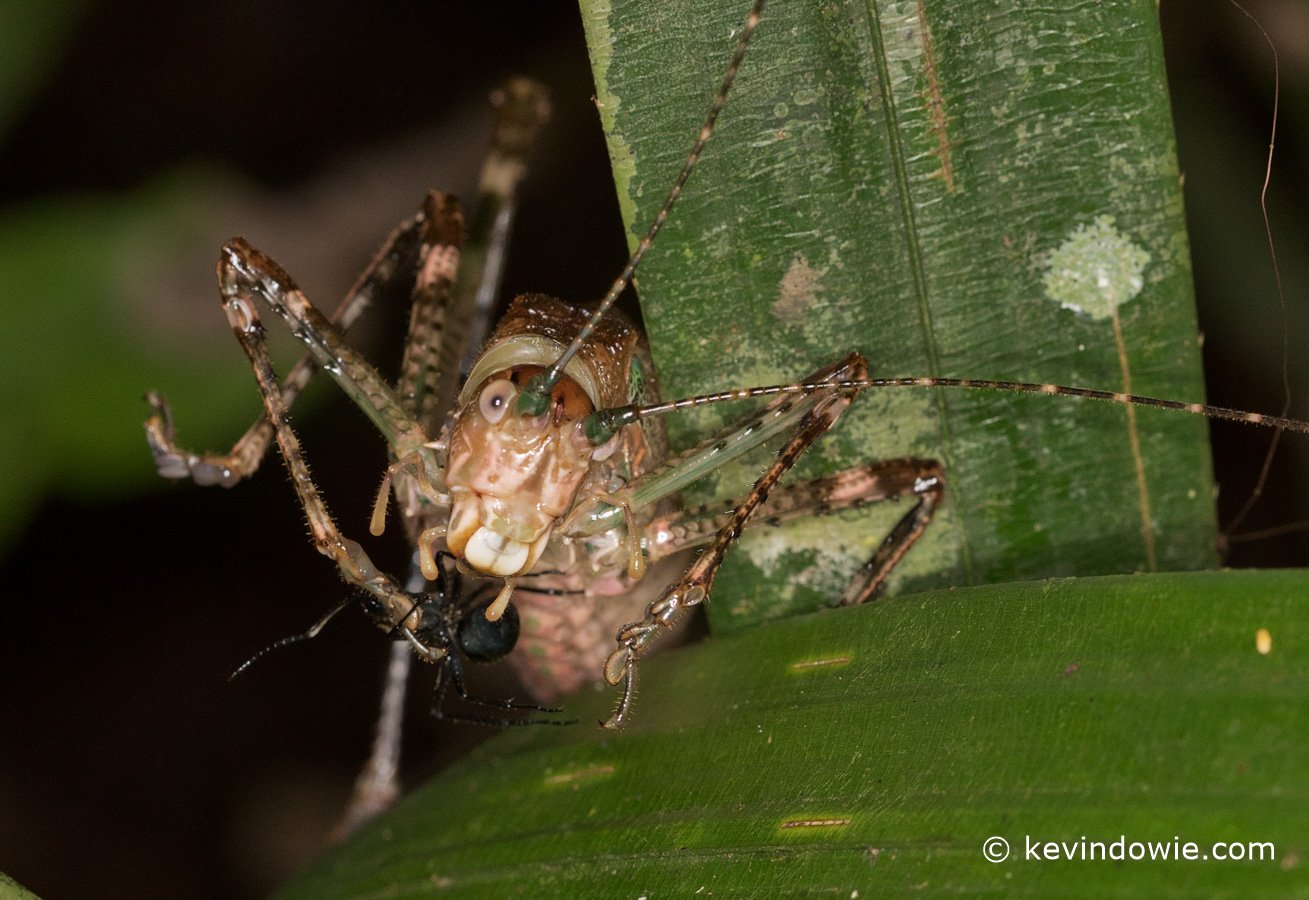 A Katydid preys on an ant. The macro world of insects is both bizarre and fascinating.

Katydid is the common name applied to insects in the family Tettigoniidae. Found on all the continents other than Antarctica, there are over 6400 species currently known. With large tracts of West Papua and Papua New Guinea still largely unexplored and inaccessible, there is the distinct possibility that dozens or even hundreds more species of katydids, and other invertebrates, are yet to be discovered or identified.

Today’s image is part of the West Papua 2019 gallery. Be sure to check back in the coming weeks as the gallery is added to!

Whilst in Papua, I had the good fortune to travel with biologist and photographer Chien Lee. Educated in the US but making his home in Borneo, he has studied South East Asia’s wild places in-depth and is a fine nature and macro photographer. A visit to his website, Chien Lee Photography, is recommended! ~KD.