Stonehenge in black and white

A visit to some of the UK’s most famous ancient artefacts. With a history shrouded in mystery and now a declared UNESCO World Heritage site, Stonehenge attracts nearly one million visitors per year.

It’s believed building started roughly 5000 years ago and in stages took an estimated 1,500 years to erect. Roughly 100 massive stones are placed upright in a circular layout, the method of transporting the stones to the site is a subject for debate. The largest limestone pieces weigh more than 40 tons and were likely sourced from quarries 25 miles north of Salisbury Plain and transported with the help of sledges and ropes.

Smaller blue-stones, some weighing as much as 4 tons, have been traced to the Preseli Hills in Wales, 200 miles from Stonehenge.

As famous as Stonehenge is, it’s clear that it is only a small part of the region’s Neolithic story. Recent archaeological surveys have reviewed considerably larger monuments buried at nearby Durrington believed to date back 4500 years. This poses a dilemma for planners, as a proposed road development includes a road tunnel that would pass close to Stonehenge itself and impact a large corridor of land directly associated with the site. Suggested reading: new discoveries

With such large tourist numbers, obviously, visitor management is a priority with the result that access is fairly tightly controlled. I was restricted to a pathway and, from memory, a distance of 20 to 30 metres to the stones. All today’s photos were taken handheld with wider focal lengths, between 16mm and 50mm, on a full-frame 35mm camera.

Whilst the images work reasonably in colour, the location and subject matter lend themselves well to monochrome. My current preference is to give my black and whites a subtle sepia toning. Some perspective correction was required on the second image in the series. That image was at 16mm with the camera angled up to get the clouds in frame, this resulted in the dreaded structure “falling over backwards” effect in the original image file. Contrast adjustments were also made, mostly to emphasize the already moody skies. 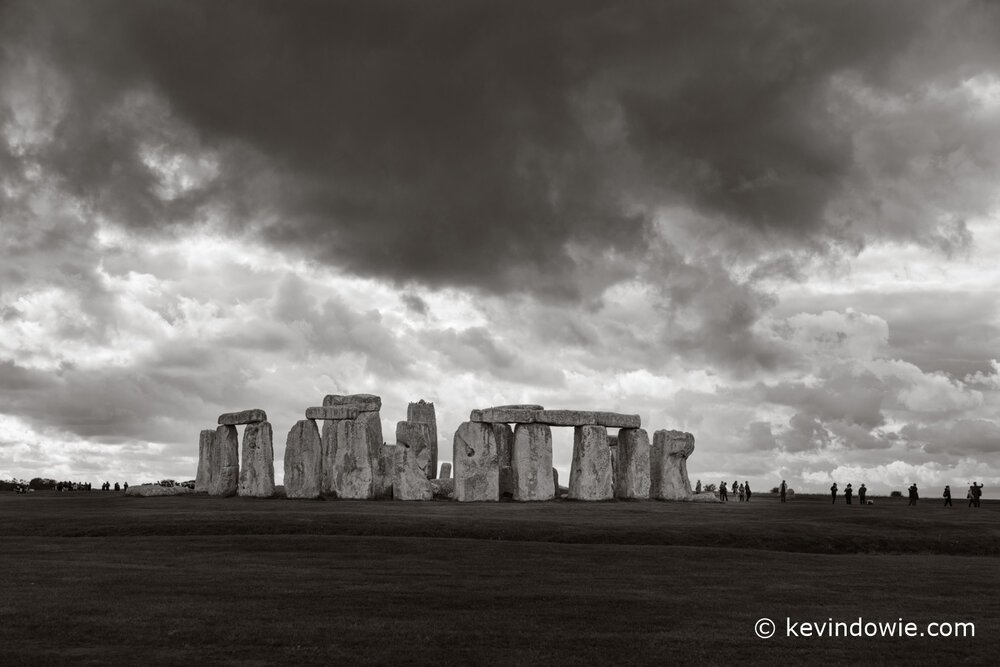 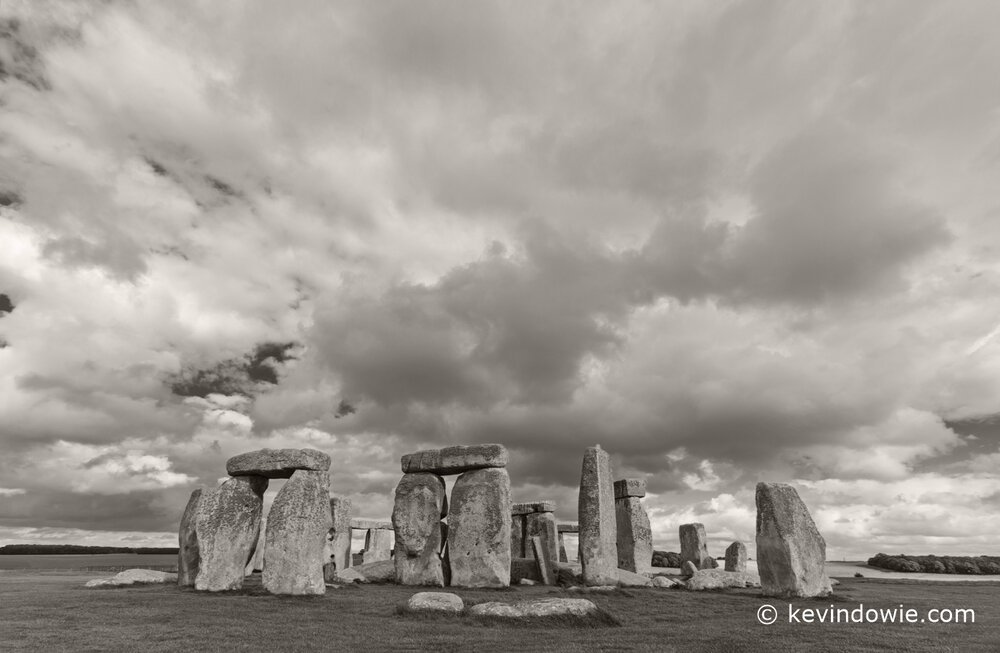 A rare distant view without people in it. In truth, I removed (digitally speaking) a couple of heads that were sticking out of one of the stones! I will, on occasions, use cloning tools, the only condition being that I’m open about the process.

The closest picture I could get, I’d love to be able to get in amongst the stones but if they allowed that it would soon turn into a circus! 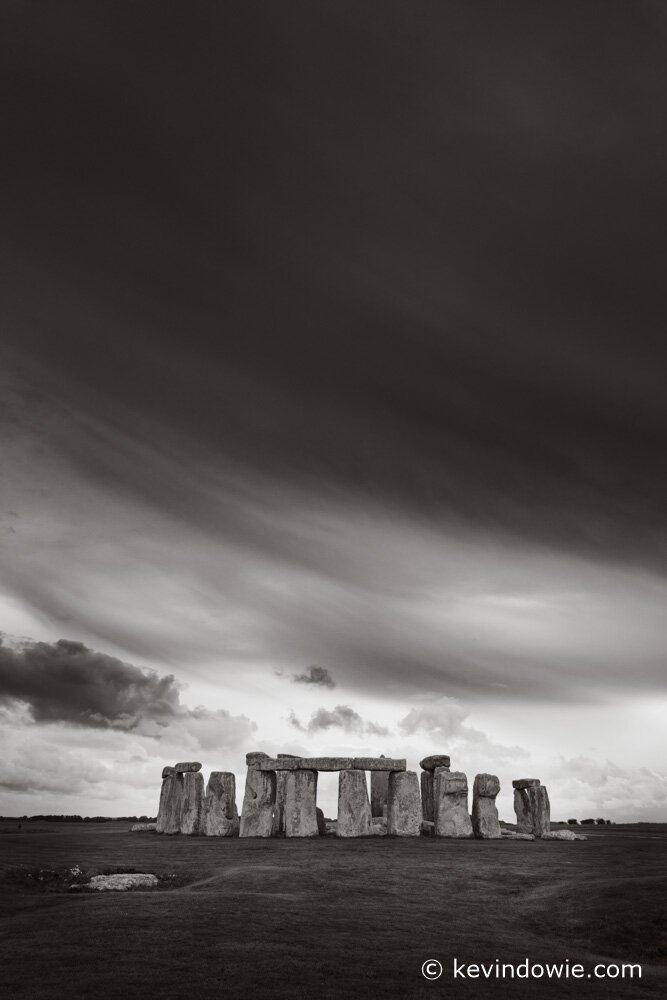 As the day drew to its end the weather became more threatening, a downpour of rain wasn’t too much later.

I am continuing to process images from my Britain trip and will be updating the image gallery as I go. Any questions or suggestions are welcome, just use the contact page, also see the Newsletter link if you’d like to be kept up to date. ~KD.