Continuing the visiting Britain theme, today's image is of the historic Horse Guards Palace and parade ground, in London.

The site has served as a barracks and stables for the Household Cavalry, since the time of King Charles II, the first Horse Guards building being commissioned in 1663. Over the years the original building deteriorated to the point where pieces of falling masonry became a danger to the sentries.

In 1745, King George II commissioned a new building in the then fashionable Palladian style by the architect William Kent. Kent died before the old building was demolished and work on the new commenced in 1750 being completed in 1759. In 1803-5 two upper floors were added giving the building its present appearance. 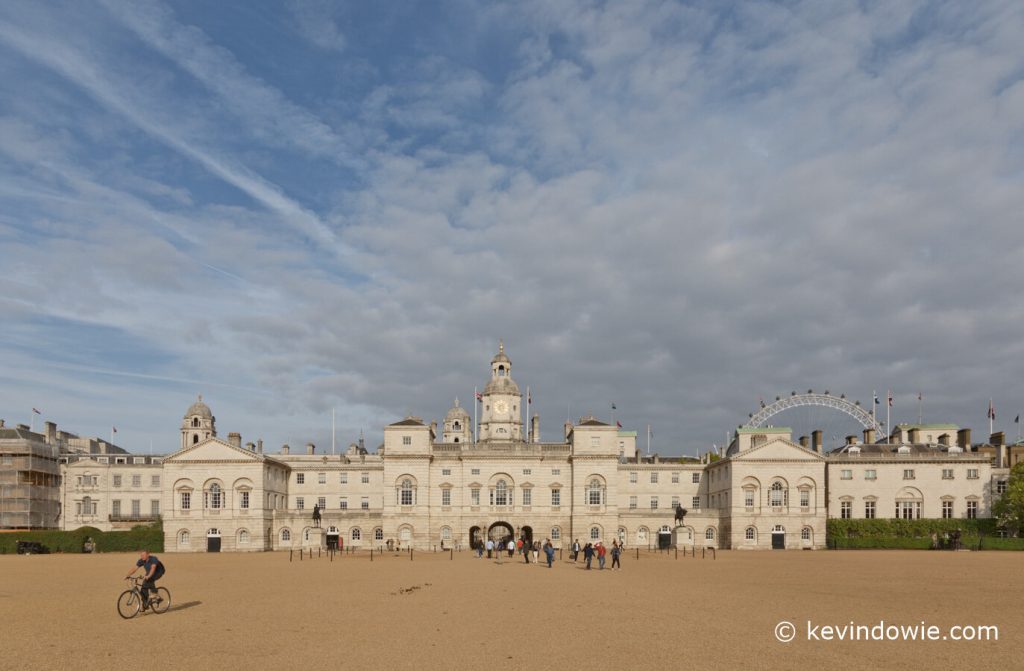 In the background can be seen the London Eye Ferris wheel. Fortunately, I had a good sky to work with and chose to place the building low in the frame to take advantage of it. I waited till the man on the bicycle was in an interesting position in the foreground and yes, that is horse dung you can see! :-) ~KD