A common sight in the Galapagos is the Galápagos marine iguana, which can be seen in large numbers basking on the seashore. 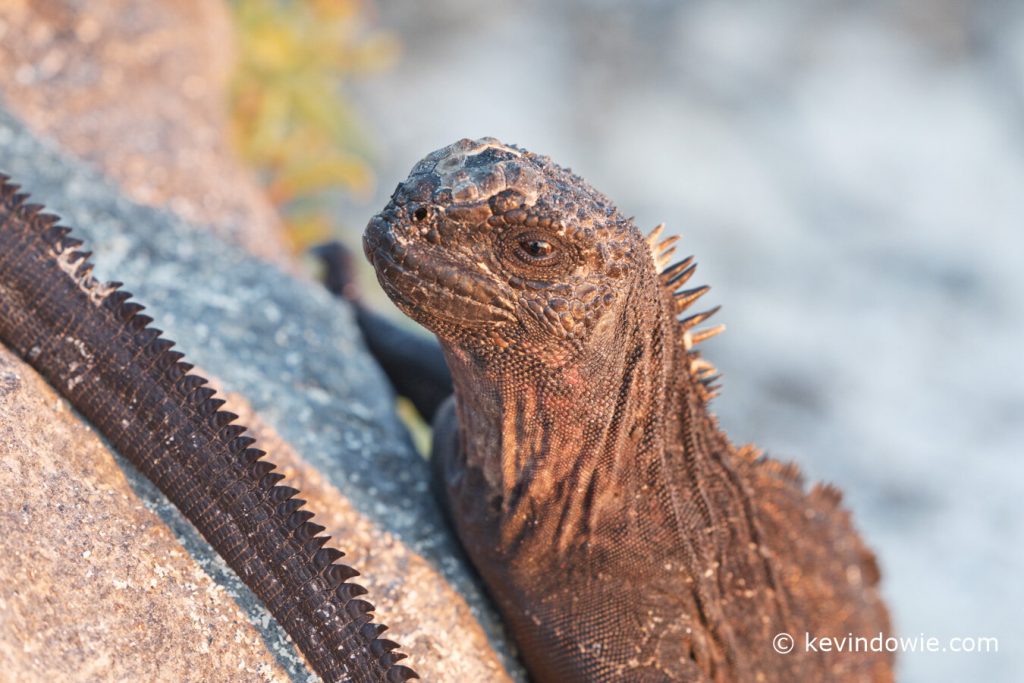 Galápagos marine iguana sunning itself on a rock.

The marine iguana (Amblyrhynchus cristatus), also known as the sea iguana, saltwater iguana, or Galápagos marine iguana, is a species of iguana found only on the Galápagos Islands.

Feeding almost exclusively on algae, it is unique among modern lizards, as a marine reptile with the ability to forage in the sea. Large males are able to dive to find this food source, while females and smaller males feed during low tide in the intertidal zone.

Living in colonies on rocky shores, they bask after visiting the relatively cold water or inter-tidal zone, but can also be seen in marshes, mangroves, and on beaches. Large males defend territories for a short period, but smaller males have other breeding strategies. After mating, the female digs a nest hole in the soil where she lays her eggs, leaving them to hatch on their own a few months later.

Marine iguanas vary in appearance between the different islands with 11 subspecies currently recognized including the fabulously named Amblyrhynchus cristatus godzilla on the northeastern part of San Cristóbal Island. Although relatively large numbers remain and it is locally abundant, the species is protected, with threats including, predation by introduced species and chance events like oil spills.

This image is part of a new image gallery that I’m putting together, click on the image to see more, alternatively - Galapagos Islands Image Gallery. ~KD