Anti-crepuscular rays and the alternative sunset

Today’s image was captured at sunset from the deck of a cruise ship in the South Atlantic. Returning from the Falkland Islands to Ushuaia via the Beagle Channel.

We’ve all seen so-called “god rays” (sometimes questionably referred to as crespuscular rays) where shafts of light pour through gaps in cloud cover to illuminate the landscape or seascape but this was something a little more unusual.

True crepuscular rays are sunbeams that originate when the sun is below the horizon, during twilight hours and are most noticeable when the contrast between light and dark is most obvious. These rays usually appear orange because the path through the atmosphere at sunrise and sunset is through far more air than rays from a high midday sun. Airborne particles scatter short-wavelength light (blue and green) much more strongly than longer-wavelength yellow and red light.

This simply reinforces the advice I’ve given before that at or around sunrise or sunset it’s worth looking in the opposite direction to the sun to see what’s happening in the sky behind you. Sometimes it makes for a more interesting image. ~KD 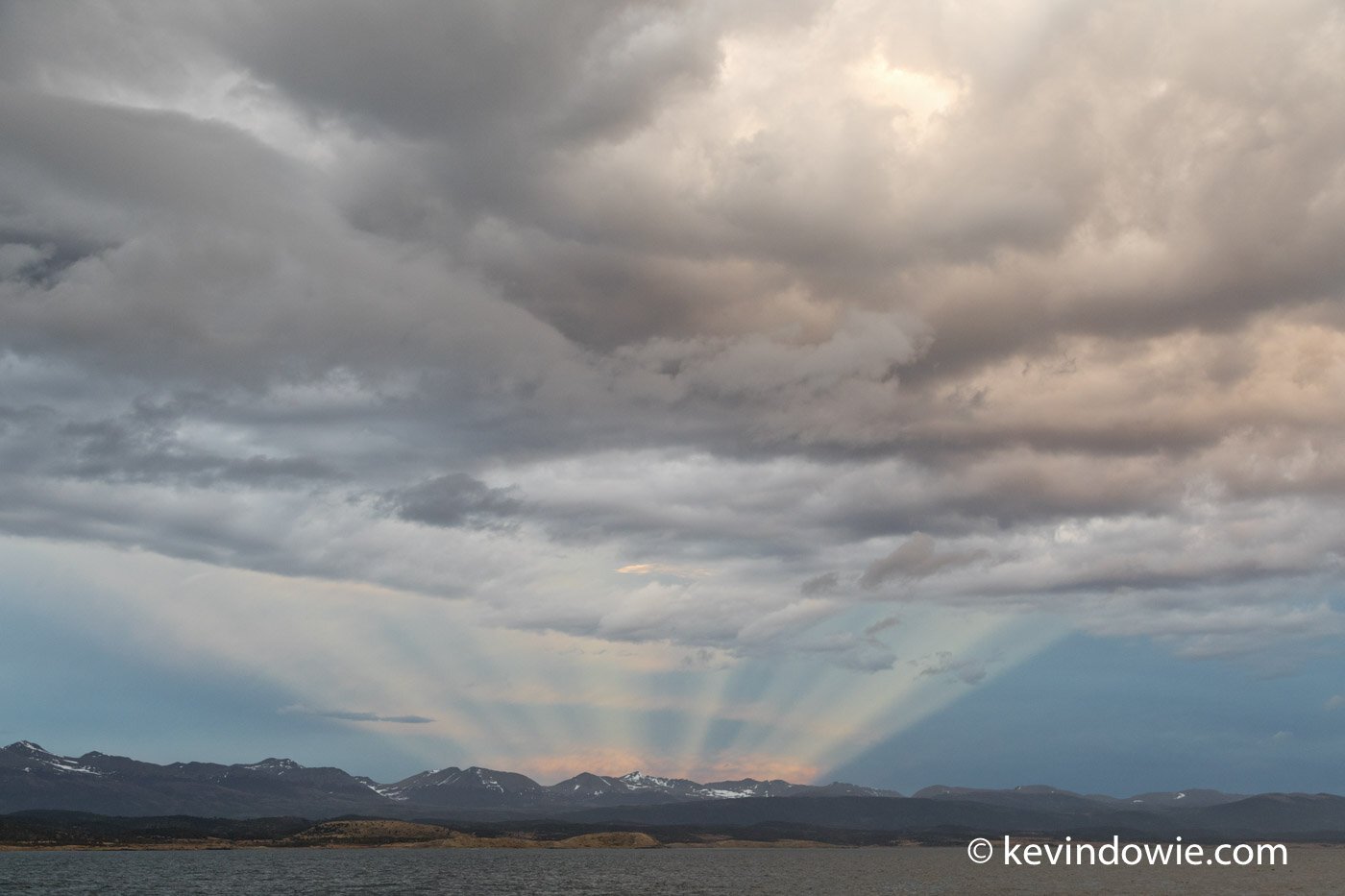 Disclaimer: I am neither a scientist nor meteorologist, the text above simply reflects my current understanding of the phenomenon. :-)