One of the most enjoyable encounters during my Tanzania wildlife safari was observing and photographing a small troop of baboons in Tarangire National Park. As we rounded a bend in a track we saw some fallen logs nearby with numerous juvenile baboons climbing, playing, and just generally having fun. We must have spent over half an hour watching their antics and it would have been worthwhile even without taking photos.

Being primates, the baboons (I believe this species is the Olive baboon) are highly intelligent and have a complex social system with many forms of vocalized and gestured communications. Fortunately, they are quite common across a wide range through central and eastern Africa and are very adaptable, surviving in forests, open savannah, and even deserts. Being omnivores, they will eat just about anything, all forms of plant material as well as hunting small animals and birds. They are also known to interbreed with other species of baboons where their ranges may intersect.

Living in troops of 50-150 individuals means there are plenty of eyes and ears to detect the presence of danger, one of them being leopards. Leopards tend to hunt mostly by night relying on stealth to approach their prey, baboons being a favourite. Baboons when they do detect danger, be it a leopard or a low flying eagle, will alert the troop with one of several alarm calls, those calls being quite specific to the nature of the threat. Baboons physically defending the troop against predators has been observed as well with someone recounting to me an instance of several adult males banding together to attack and kill a leopard that was too close for comfort.

Most of the photos were taken with the 500mm lens both with and without a 2x tele-converter fitted. Shutter speeds varied between 1/200 second and 1/500 second with ISOs around 300 to 400. In hindsight (a wonderful commodity!) I might have used higher shutter speeds by utilizing a higher ISO setting, but in the event, I was able to get mostly sharp images thanks to in-lens image stabilization and steadying the camera and lens on a beanbag. The shutter speeds, although not as high as they could have been, were sufficient to freeze most of the subject movement, even baboons jumping through the air!

Baby baboons playing on a fallen log. The youngsters were chasing each other, wrestling, pulling someone's tail, playing leapfrog, and ... 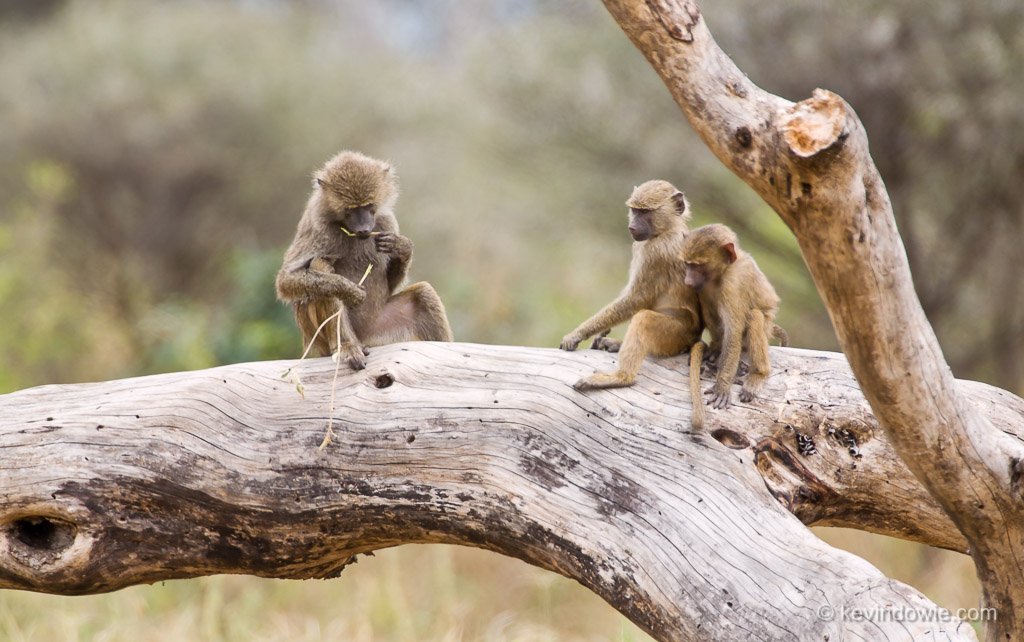 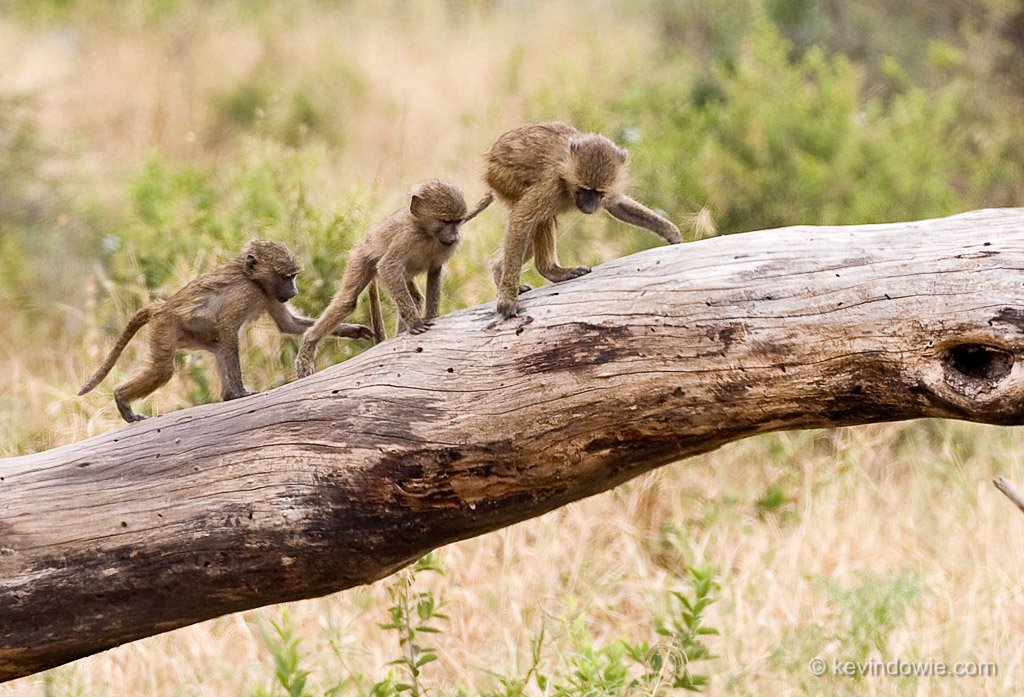 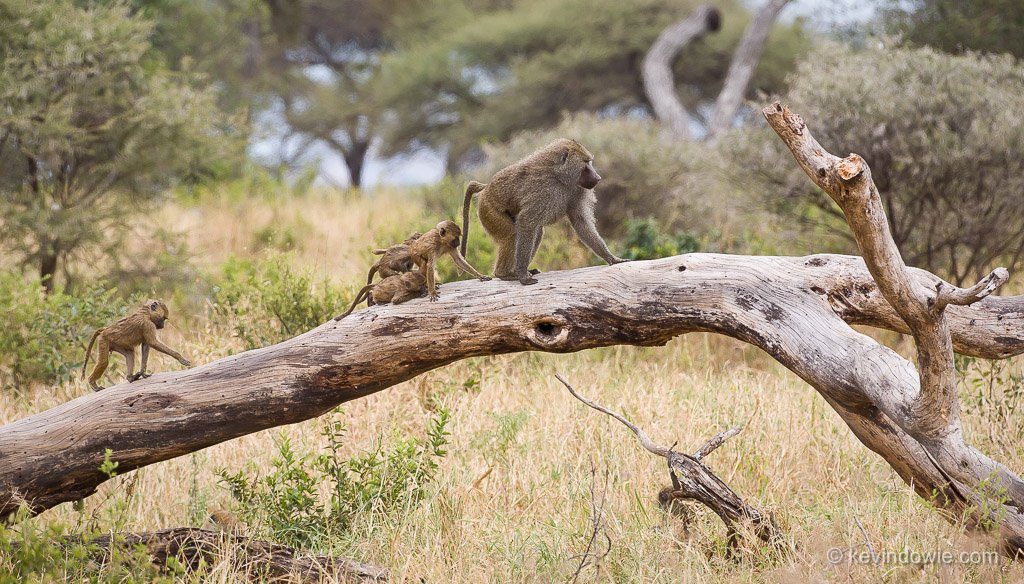 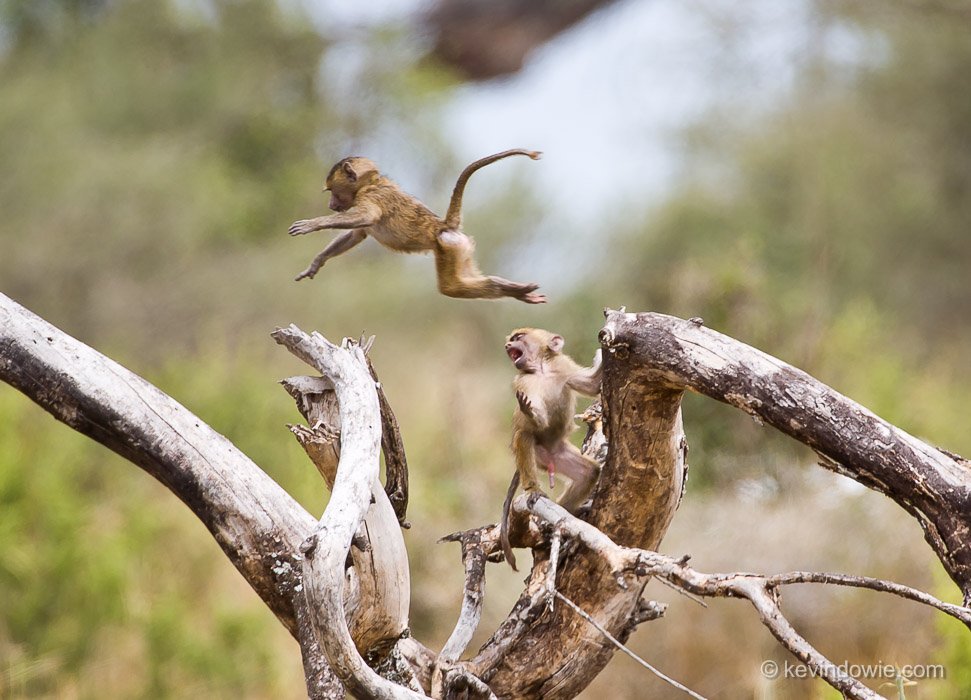 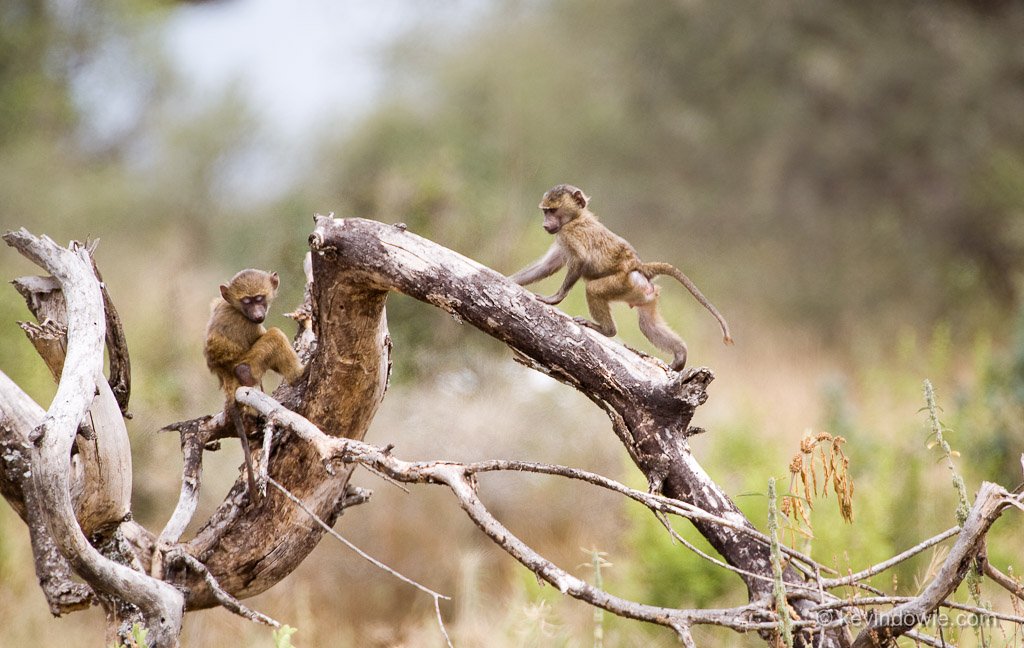 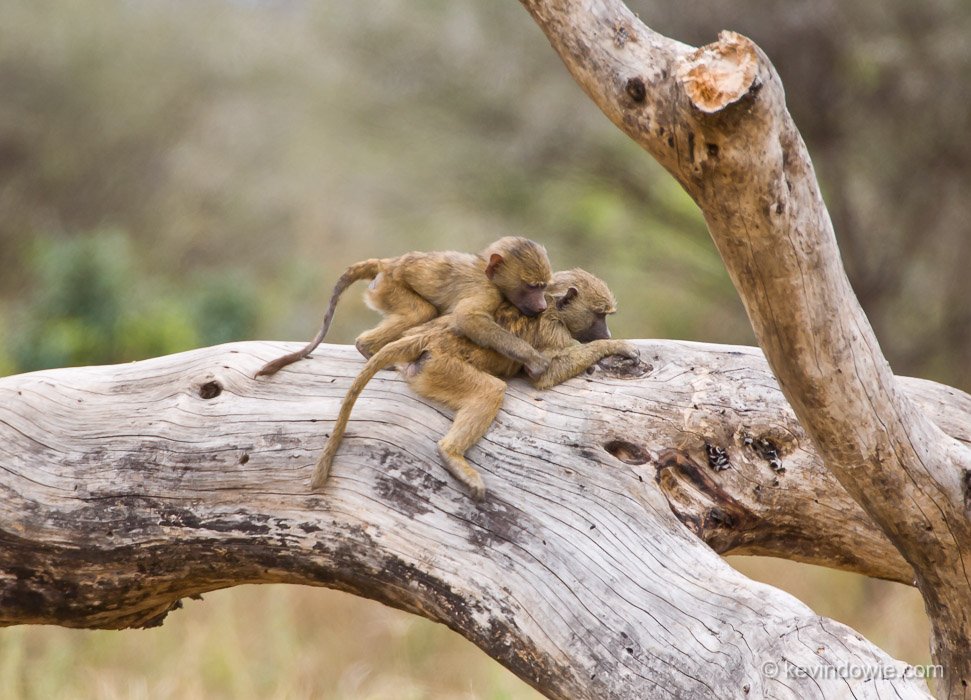 More images can be seen in the Tanzania image gallery. ~KD.