The Sally Lightfoot crab is a common sight in the Galapagos. I observed several clinging to rocks as waves splashed over them. A slow shutter speed emphasised the movement of the water. 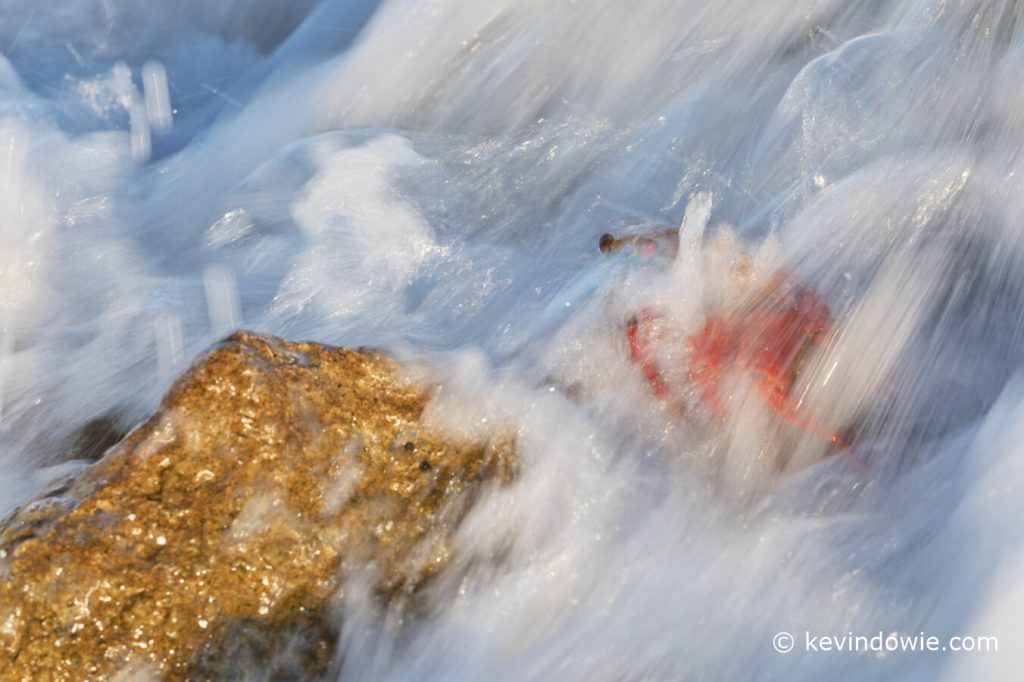 A Sally Lightfoot Crab clings to a rock, Galapagos Islands.

The Sally Lightfoot crab (Grapsus grapsus) is a brightly coloured coastal scavenger, common in the Galapagos Islands and across the western coast of South and Central America. With a very wide diet, they eat almost any organic material, including picking ticks off marine iguanas.

It's sometimes claimed that they were named after a Caribbean dancer, due to their agility, jumping from rock to rock, climbing up vertical surfaces and their ability to run in any direction.

Adults have intense blue and red colouring on their shells, with a white or pale blue underbelly, whilst juveniles have darker colouration with red spots, providing a higher degree of camouflage. Each time a crab moults its shell, the spots get progressively larger, until it obtains the adult colouring.

Females carry their eggs around with them on their stomachs until they hatch into the water. The larvae then swim out to deeper waters, where they consume phytoplankton and undergo a rapid series of moults. Eventually, they undergo metamorphosis to become juvenile crabs and swim to shore, where they start to scavenge. The juveniles tend to travel in large groups until they reach maturity, after which they become largely solitary when not mating.