Day 4 of #challengeonnaturephotography on Facebook. Today we leave the Tanzania photos behind and move on to some images from my trip to the Okavango Delta in Botswana. This was also a memorable trip, one that I'd like to repeat at some point, circumstances permitting!

The chosen image today is of a Malachite Kingfisher. I saw several of these beautiful, colourful birds near the many channels and pools of the delta but getting a decent photo of one was a challenge. In this instance, we were in a small boat making our way along a channel with high reeds on each side, camera and telephoto lens at the ready. The kingfishers would typically take flight and move on as they saw or heard us approach. For just a moment this individual perched on a reed as we came into sight, I quickly got a couple of frames before he flew off.

It's an image I'm quite pleased with. Shallow depth of field means that the background is nicely blurred, warm frontal light, a good strong diagonal, good head angle, catch light in the eye, detail in the feathers and of course those colours! Yep, it's definitely a keeper! 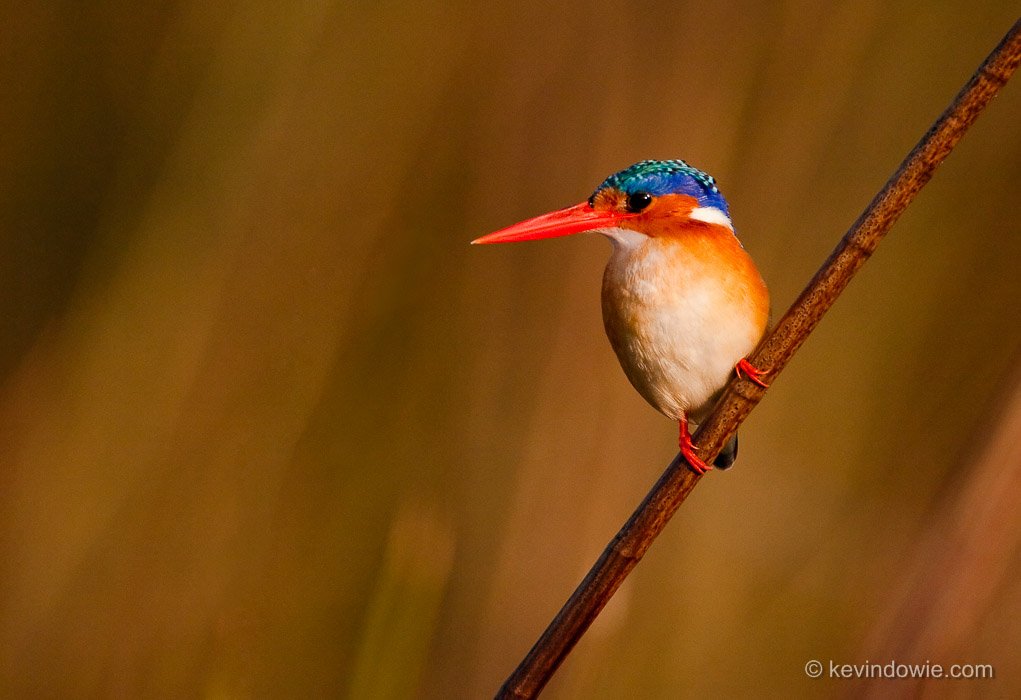 Another interesting encounter in the delta was with African Wild Dogs. This species is under pressure due to loss of habitat, hunting and disease. In several regions of Africa, particularly the north and west of the continent, it is now believed to be locally extinct. In southern Africa, whilst good sightings are still rare, recent reports seem to tentatively suggest something of a comeback, which is great news. This pup was one of a litter of 13 which we could glimpse as they played among thickets of vegetation near their den. A single adult was on watch whilst the rest of the pack were out hunting. Cute as this fellow is, he didn't make it into "the 7". 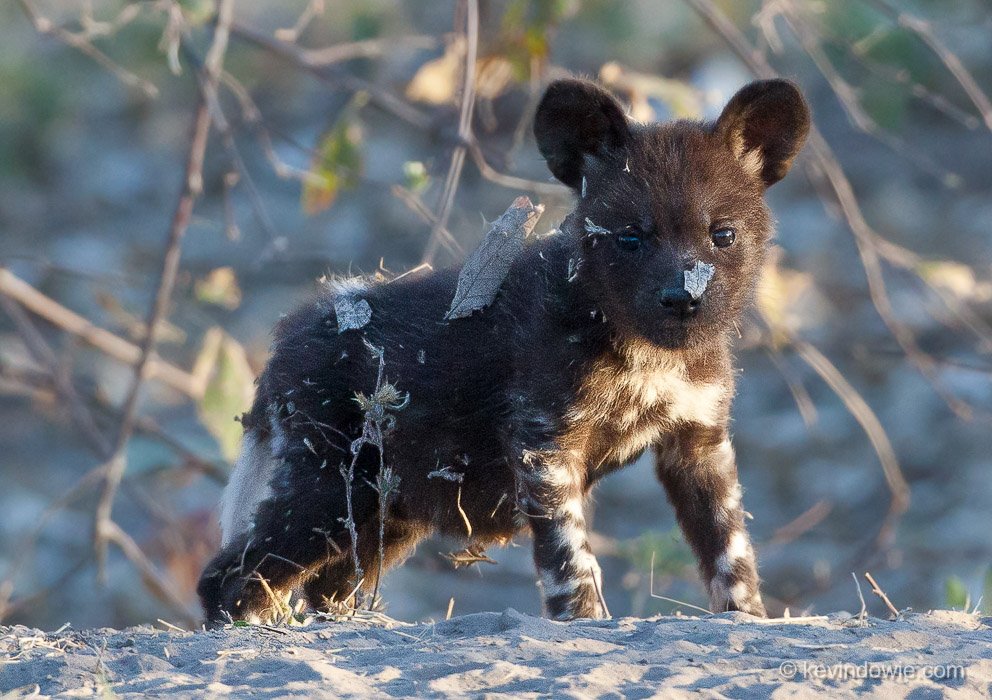 Another image that I considered for the challenge was of a pair of back-lit cheetahs. It was late afternoon as they wandered by, unconcerned by the presence of our vehicle.  Check out the Botswana Gallery for more.

Tomorrow? I think it must be time to leave Africa. Stay tuned..... ~KD.